Etalentum Selección, the first online recruitment company in Spain, has just closed the agreement to open two new offices in Madrid. “These two new offices, which will be operational at the beginning of 2018, are the result of the expansion plan that Etalentum is carrying out this year,” explains the company’s head of expansion, Jaume Alemany. In this sense, Etalentum plans to open 104 offices throughout Spain in the next 4 years, “thus increasing the capillarity of the company throughout the Spanish territory,” says Alemany.

Specifically, the two new Etalentum franchises will be located in the center of Madrid: one in the west central part, just in front of the Nuevos Ministerios metro station; and the second in the east center area, in the upper part of La Castellana.

In addition to the previous openings, Etalentum plans to open two new offices in the Catalan regions of Vallès Oriental and Vallès Occidental.

Etalentum is a Catalan company founded in 2013 for the provision of personnel selection services. In less than 4 years of history, it has managed to position itself as the first 100% online recruitment company in Spain, with one of the most valued professional databases in the country. 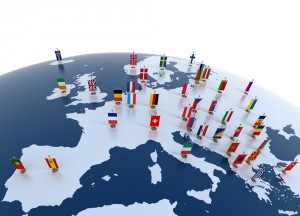 Etalentum is implemented in Girona

Do you have your company ready for the new Data Protection Regulation?